A few times in my life, I have experienced the feeling of “destiny” when meeting someone new. The feeling is like a pull, almost like gravity, that suddenly makes you feel heavy on the earth. Like you suddenly belong exactly where you are standing at that very moment and no one, and nothing, can move you. It lasts just a few seconds, or even minutes, but then it’s gone and all you’re left with is this feeling like something important just happened. It’s like an understanding that this person should be in your life…

I’ve experienced that feeling twice, and both times I was far too focused on all the wrong things to truly understand what it meant.

The first time I was seventeen, and afraid of what people would say or think if I followed my gut and took the chance on a stranger. It was a complicated situation and I was way too young and inexperienced to really see what was going on at the time.

The second time, I was twenty-three and terrified of making another huge mistake. I was not in a place where I wanted to introduce new people, or complications, into my life and I had already learned how easily a few bad moves could wreak havoc on your entire life. Still, I almost took the chance with this one, but the fear of falling into another downward spiral was just too much. So instead, I went with the logical choice.

People always say that experiences make you wiser and as you get older, you learn to maneuver yourself in this big ole world.  But looking back, I think that what makes us wiser is not the experiences themselves, but the fact that we learn to trust ourselves above all else. We’re born with all the tools that we need to live the lives laid out for us, even with all the curve balls life throws our way. Our gut tells us which way to go and when to stop or move on, we just have to listen.

We get so caught up in societies’ interpretation of what’s right and what’s wrong that we forget the fact that we already know, we know because we can feel it. We come naturally equipped with the skills we need to live in the world, what we learn along the way are the skills we need to survive in the society that we created. We created a society full of double standards, harsh words and an abundance of greed where we should have an abundance of compassion.

In retrospect, I’ve faced this test twice and twice I had failed. I failed because I missed the lesson the first time, and let fear take over the second time. But the lesson is not to take the risk, but to follow my heart, my gut and my own instincts. 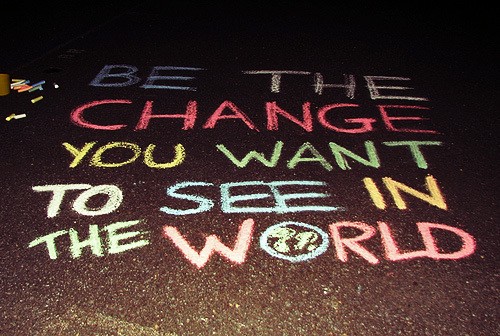 2 responses to “The Real Lesson Here”

Life is messy, so is mamihood™

Taking A Stand Against Sexual Violence